CFIA approved Oreka Solutions black soldier fly larvae as an alternative to traditional fishmeal in aquaculture products. Currently, the company is approved to sell larvae in the form of dried larvae or ground larvae. However, the company is also developing a range of feed formulations that are suitable for the specific life stages of specific species in the livestock industry.

Black soldier flies protein powder (made from the larvae of Black Soldier fly) is now a bright star replacing fishmeal’s place in the feed industry. The concentration of nutrients in powder derived from BSF is much higher than that of fishmeal. In addition, a powder made from black soldier fly also contains up to 54% lauric acid, an acid that has the effect of destroying lipid-coated viruses (such as HIV, measles) as well as Clostridium and disease-causing protozoa. These nutrients have been shown to be good for their nutrient absorption and intestinal protection when using them.

@ Known: Black soldier fly larvae are promising ingredients for animal feed, as they not only contain valuable nutrients but also contain special compounds that can modulate microflora animal health and optimize animal health. Experts recommend that the incorporation of animal husbandry products derived from worms in the diet will increase the animals’ immunity, reduce oxidative stress, and improve the survival rate of each individual. 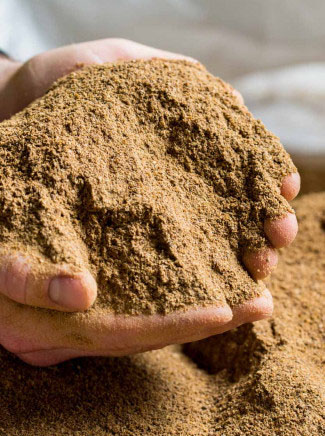 Canada For Use In The Livestock Industry

In May 2019, Oreka Solutions, which sells feed, was given the green light by the Canadian Food Inspection Agency (CFIA) to sell its products from BSF as a protein ingredient in the feed. fish, salmon, tilapia, and poultry. It was the first company to receive such CFIA approval in the Canadian province of Ontario. Oreka Company started researching alternative ingredients for traditional animal feed in 2017. After successful trials in Canada and the United States, Oreka Company raised $ 1.8 million in financial resources. Support from private sources can then continue research, open its black soldier fly farm, creating a premise for the company to sell food materials products from BSF to the whole country. 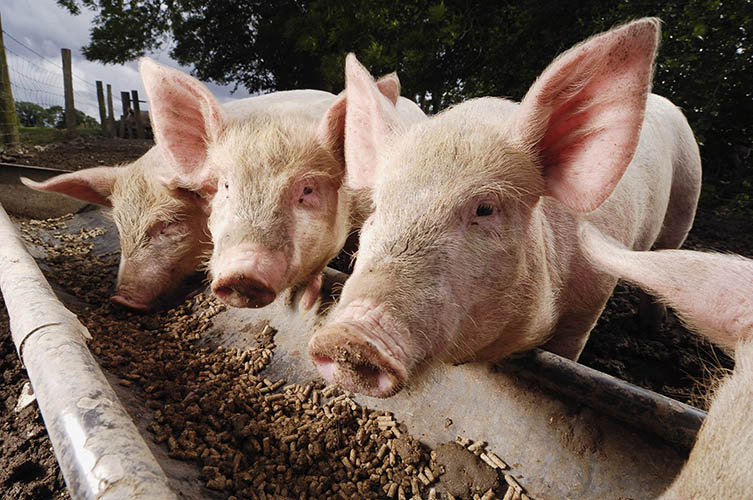 The only remaining barrier is psychology

Only 30% of Canadians surveyed said: “They would be willing to eat foods that have been derived from insects or larvae directly in times of lack of food. However 75% of people. People do not have the slightest concern if they are used as feed for the livestock industry. ” The use of animal feed derived from insects is a major step forward for the livestock industry as the industry has been facing skyrocketing feed prices over the years. In addition, the excessive use of fishmeal is believed to be a major cause of the destruction of seafood products worldwide. In addition, the livestock industry is forced to increase herds, the number is expected to spike 20-30% in the near future to be able to meet the growing demand for food around the world.

Read More ->  How Many Grams of BSF Larvae After Growing

Dr. Hicks told us, “People have been trying to produce insect food for 50 years. In the last 10 years, the research has been completed and has quickly applied in practice. Take the black soldier’s larvae as an example: The larvae feed on organic ingredients from agriculture and livestock -> turn waste into Protein -> we use them to process as food for the whole industry. Besides the BSF is easy to care for and breed, they are not harmful and you can easily learn how to keep BSF. ” 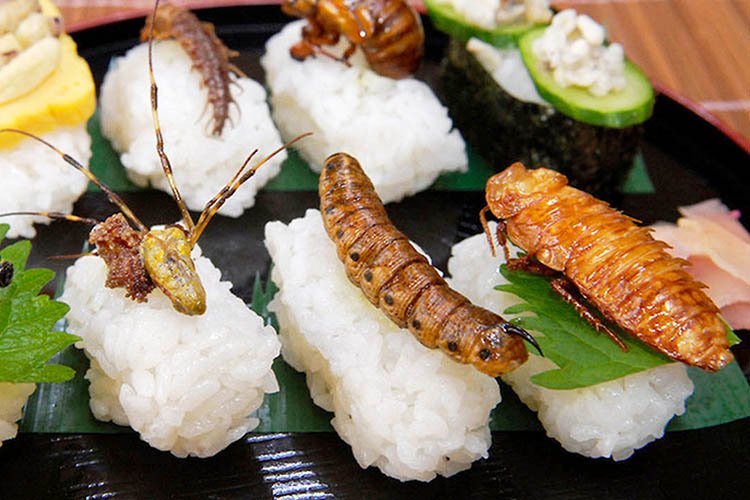 Oreka Solutions added: “Each insect has a different source of data. Like BSF larvae, we need to collect a lot of data to come up with a standard process to be able to feed the source. The larvae root can be applied to many different purposes of breeding, aquaculture with the best efficiency “Because the company is currently researching on issues such as:

Article Written By Kimmy Farm – is a brand specializing in the manufacture and export of agricultural products in Vietnam. We have a black soldier fly farm in Tay Ninh and a cashew growing area in Binh Phuoc. The main export products of the company are: products from black soldier fly, cashew nuts, raw cashew nuts … … We are supplying partners for a number of customers from West Spain, France, Germany, Netherlands, Poland, Greece, Turkey, Russia, Switzerland, USA, Australia, South Africa, UAE, India, Singapore, Japan, and many others. In addition, we also have a team of staff with many years of experience working in large processing factories in Vietnam. Please contact us if you are in need of a premium source of cashew nuts.

How Much Protein Is In A Black Soldier Fly Larvae?

END_OF_DOCUMENT_TOKEN_TO_BE_REPLACED

How Many Grams of BSF Larvae After Growing

How Many BSF Eggs In a Gram? The eggs of the black soldier fly are so small that they are barely...

END_OF_DOCUMENT_TOKEN_TO_BE_REPLACED

What is the best food for black soldier fly larvae? What cheap food source available for BSFL can be found...

END_OF_DOCUMENT_TOKEN_TO_BE_REPLACED

How To Storage BSF Larvae In The Refrigerator?

END_OF_DOCUMENT_TOKEN_TO_BE_REPLACED

At a time when the world is running out of land and water to grow soybeans and corn for animal...

END_OF_DOCUMENT_TOKEN_TO_BE_REPLACED

How To Prepare Feeds For BSFL With Yeast Rice Bran

Raising a black soldier fly with fermented rice bran is being used by many people because of its convenience. Because...

END_OF_DOCUMENT_TOKEN_TO_BE_REPLACED

EnviroFlight LLC is a company specializing in the production of animal feed from insects established in 2009, the company focuses...

END_OF_DOCUMENT_TOKEN_TO_BE_REPLACED

Recently, Italian scientists have demonstrated that piglets are fed with feed mixed with powder from BSF larvae will bring positive...

END_OF_DOCUMENT_TOKEN_TO_BE_REPLACED

The increasing development of the agricultural sector is that the demand for fertilizers in Vietnam is increasing, about 50-60 million...

END_OF_DOCUMENT_TOKEN_TO_BE_REPLACED

7 Way How To Set Up Black Soldier Fly Farm Effectively

Black soldier fly farming is becoming more and more popular in Vietnam, and the farm should be designed as their...

END_OF_DOCUMENT_TOKEN_TO_BE_REPLACED

BSF Farming? Are you researching BSF? Do you want to BSF larvae farming? What are the best conditions for raising...

END_OF_DOCUMENT_TOKEN_TO_BE_REPLACED

The use of BSF larvae as a blending product of animal feed is increasingly popular. Recently, a...

END_OF_DOCUMENT_TOKEN_TO_BE_REPLACED